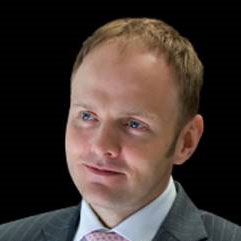 These appointments follow the announcement by Mario Vitale of his intention to retire from Aspen. Vitale has been CEO, Aspen Insurance, since 2012 and he will remain with Aspen until June 30 to ensure a smooth transition.

Postlewhite was appointed CEO of Aspen Re in September 2014. He was previously the group chief risk officer, a position he was appointed to in February 2013. He joined Aspen as deputy chief actuary in 2003 and became the head of risk capital six years later.

Lillelund has been the Aspen Re managing director for Asia Pacific since 2012, having joined the company in 2008. He began his career in underwriting and management in 1995 and has previously worked at General Re, Swiss Re and AIG.

In addition, Robert Rheel, president, Aspen US Insurance, has announced his intention to retire from Aspen after 35 years in the industry. The company is conducting a search for his successor and Rheel will remain with Aspen until the end of June to assist with the transition.

Chris O’Kane, Aspen’s CEO, said: “The leadership changes announced today reflect our strategy of continuing to build strong, diversified insurance and reinsurance platforms for the benefit of our clients, business partners and investors.