Riding the Winds of Change in Singapore 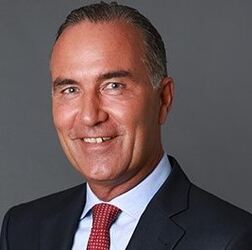 With the re/insurance industry at a major crossroads, the Singapore Reinsurers’ Association (SRA) has revealed the theme for the 16th Singapore International Reinsurance Conference (SIRC) as ‘Winds of Change’.

The theme, Haushofer said, describes the pressing issues that the insurance industry currently faces, such as the increasing frequency of extreme weather events caused by climate change; industry disruption and digital transformation brought about by numerous insurtech initiatives; and the sustainability of the re/insurance business model as operating margins narrow.

“Relating to the climate change issue, the conference will also address sub-themes of sustainability, resilience and the protection gap, where the industry needs to devise innovative solutions to reach out to the unserved and underserved communities that are often the worst affected by the impact of climate change,” he said.

According to Haushofer, who is also CEO for Asia-Pacific at Validus Re, the issues to be addressed at this year’s SIRC conference will build on the discussions at last year’s conference, which had the broader theme of ‘Reinsurance Reloaded’.

This year, he said, the conference will reflect on an industry at the crossroads and facing powerful forces of change, such as the pace of technological advances, opportunities and challenges posed by external disruptors. As such, the industry will have to re-invent itself in a new landscape as part of Industry Transformation 4.0.

“Last year, we started the conference with an intimate fireside chat with a senior industry icon, which was very well received,” Haushofer said. “This year, we are continuing this interactive format but tweaking it slightly by having a ‘double-act’, which we term ‘Deep Dialogue’. Here, we will have an industry outsider, who is an experienced investor in the insurtech space, engaged in dialogue with an industry veteran on the future of the re/insurance industry. We hope this session will generate enthralling insights and an unbridled exchange on the sustainability of the current business model.”

With growing awareness of climate change and Asia-Pacific’s extensive history of natural disasters, nat cat is an ever-present topic in the region’s insurance conversations. These catastrophes include windstorms, floods, earthquakes, bushfires, droughts, and others.

“Although insurance penetration in most of the emerging economies is still relatively low, insurance exposures and accumulation are increasing rapidly with greater urbanisation and industrialisation of these economies,” Haushofer said. “Hence, even without considering the possible effects of climate change on the frequency and severity of nat cat events, reinsurers are already concerned with issues such as the adequacy of risk pricing, accuracy of cat models, data quality, etc. in assessing and pricing these exposures.”

Haushofer also touched on cyber risks, which are not yet fully understood and are growing in frequency and magnitude worldwide.

“Although cyber insurance is still a nascent line of business in the region, reinsurers are acutely aware of the potential aggregation exposure from non-affirmative or silent cyber in various lines of property and liability insurances that do not explicitly exclude losses arising from cyber incidents,” he said. “While there is no definitive stand taken by reinsurers on cyber exposures at the moment, there is growing support for non-affirmative cyber to be excluded given the realisation that cyber incidents may have severe global aggregation potential.”

Looking forward, Haushofer believes that despite growing risks and economic uncertainty globally, the outlook for re/insurance in the region is positive.

“On the premise that insurance, and hence reinsurance, plays a crucial role in supporting sustainable growth of an economy, and that the Asia-Pacific region continues to be the world’s growth engine, notwithstanding the current geo-political and trade tensions across the region, we believe the prospects for re/insurance in the region will be bright, especially considering the relatively low insurance penetration and significant protection gap,” he said.