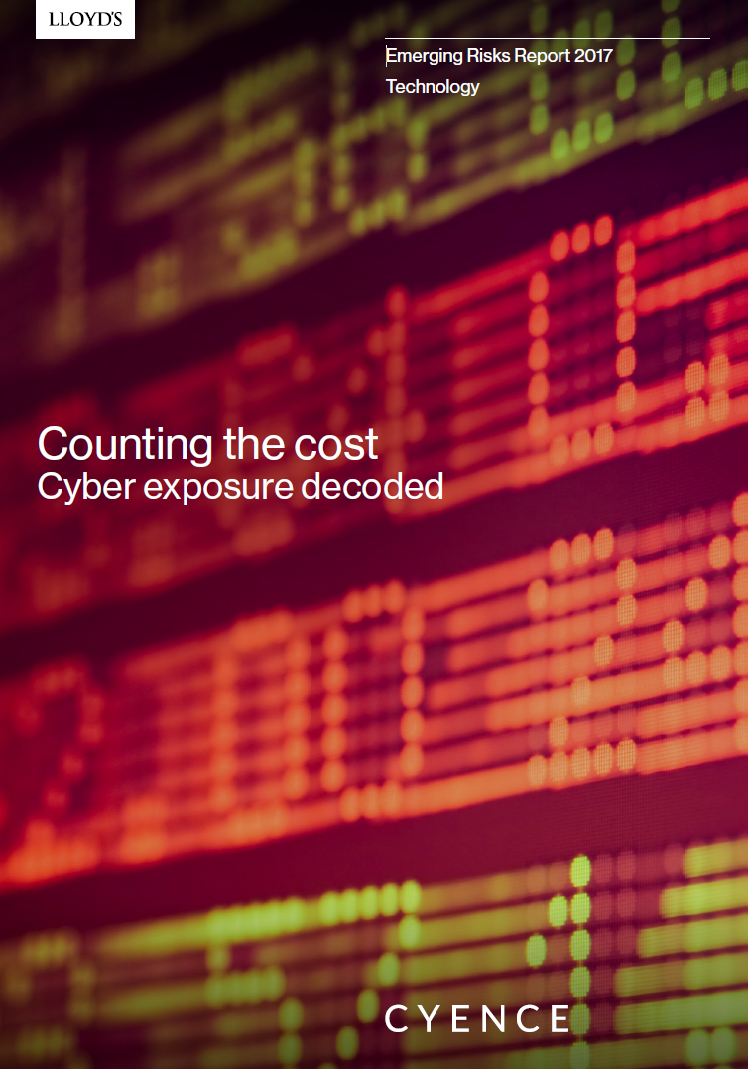 Commenting on a new report released by Lloyd’s and Cyence on 17 July - "Counting the Cost: Cyber Exposure Decoded", Kent Chaplin, Chief Executive of Lloyd's Asia Pacific suggests that Asia remains under-insured and economically vulnerable to cyber-related threats. While awareness and demand for cyber cover are growing, Asia is still slower in taking up cyber insurance compared to more mature markets such as the US. He noted that the market is still young, and many businesses do not recognise the role that insurance can play in mitigating economic losses from cyber attacks in areas such as incident response, business interruption and loss of business.

“For example, Asia does not require mandatory notification as in the US, while Europe will be implementing its General Data Protection Regulation (GDPR) mandating companies to report cyber attacks,” Chaplin elaborated. “In addition, the more litigious climate in the US, where class action suits can be filed against companies whose data have been breached, has driven the growth in cyber insurance demand.”

Nevertheless, Singapore has taken a positive step by proposing a cyber security bill that mandates organisations dealing with critical information infrastructure to report any cyber breaches they encounter.  “This transparency brings the potential of sharing more information around cyber events, which will enable insurers to better price the risk and offer protection, as well as drive demand for cyber insurance,” said Chaplin.

The study, which modelled the potential impact of two scenarios - a targeted hacking incident that takes down a cloud service provider, and an operating system failure that affects millions of computers and businesses all over the world - reveals that such a major global cyber-attack has the potential to trigger economic losses of up to US$53 billion, which surpasses even the impact of major catastrophes such as Hurricane Ike (US$29.5 billion) and Hurricane Andrew (US$26.5 billion).

The full report can be downloaded from the Article and Report Library on the SRA website.